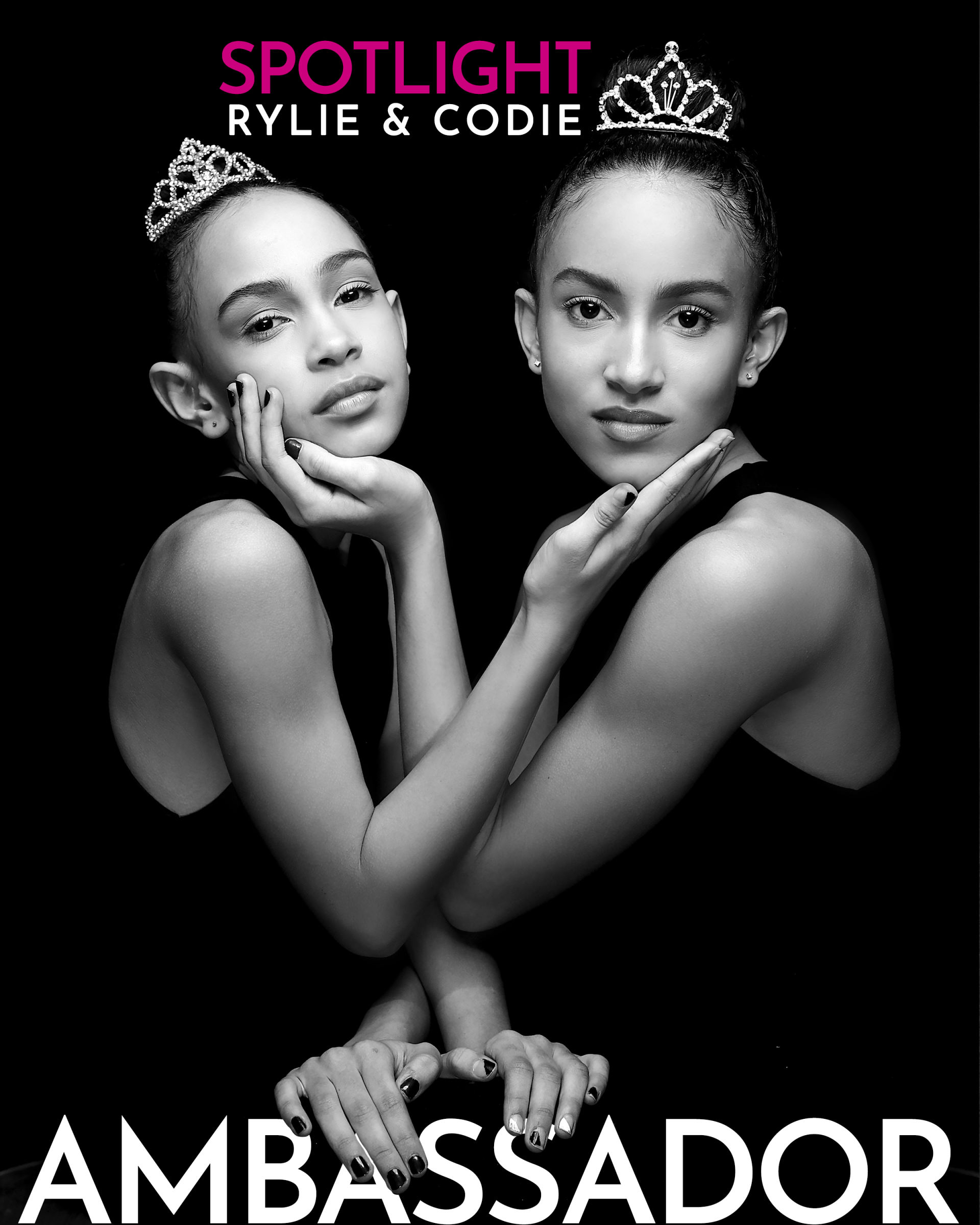 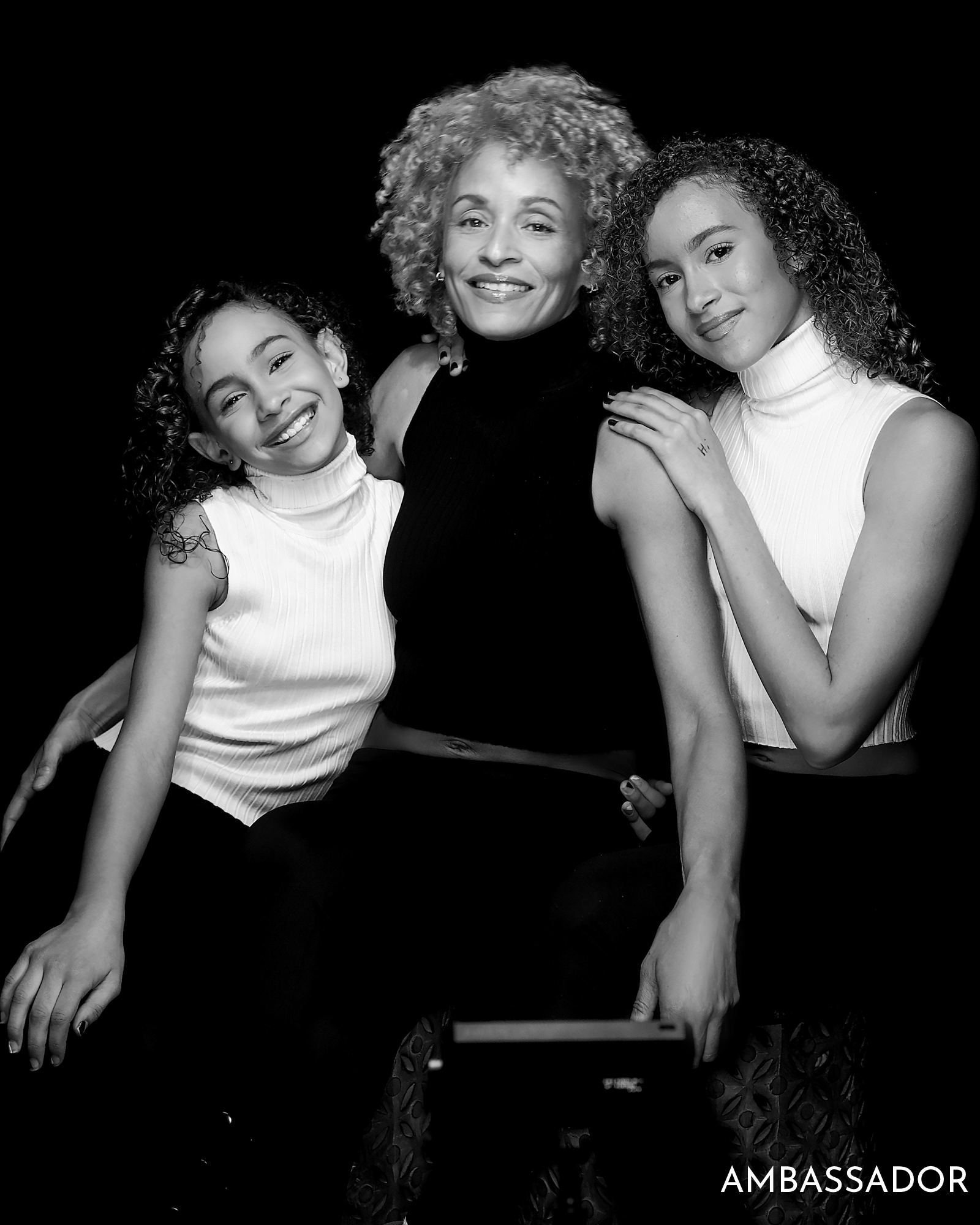 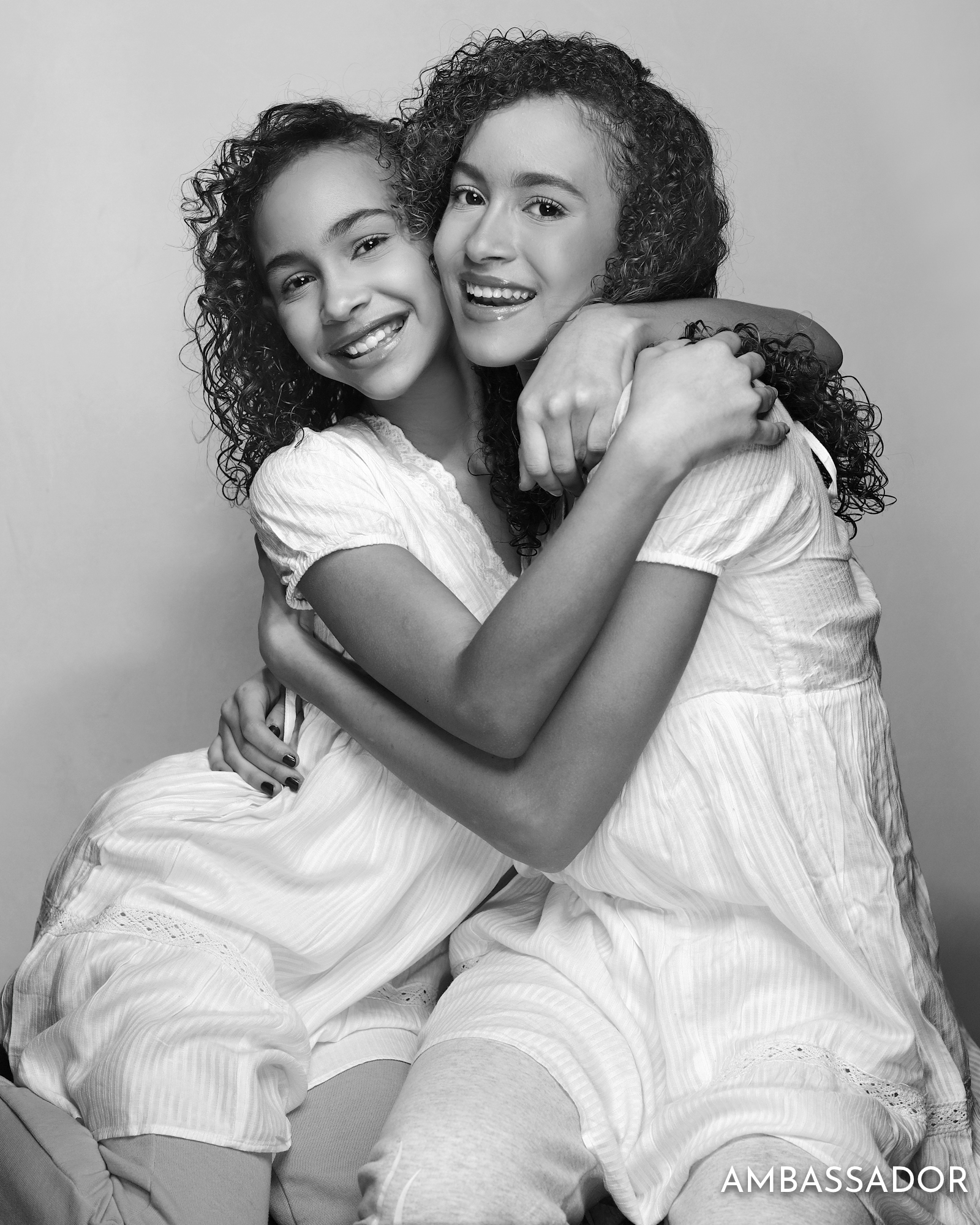 Rylie and Codie: Next Gen Ballerinas

Born and raised in Harlem, Rylie and Codie, ages 13 and 9, have been dancing since they were 2 and 3 years old, and credit Misty Copeland as their inspiration. Now, with the help of the internet, the sisters are doing what comes naturally to them by documenting their lives as up-and-coming dance professionals for all the world to see. Imagine if we’d gotten a glimpse of Venus and Serena becoming tennis legends in real time!

If you haven’t seen or heard of Rylie and Codie’s World, produced by, and also starring the girls’ mom, Stacie J., from season 2 of The Apprentice, you will. The show just launched a few months ago and has already been featured in Essence, Shadow and Act and NY1 News. With Erickka Sy Savane (A Luv Tale: The Series on BET+) serving as writer and co-producer, Rylie and Codie’s World is an entertaining and rare look at the competitive New York City dance world through the eyes of these two young ballerinas who live and breathe dance. Check out my interview with these Harlem gamechangers!

I love how dance makes me feel. It makes me physically and mentally stronger because I can get out my emotions through dance.

MUSA What do you love about Harlem?
RYLIE I like visiting the Squirrel Park at Marcus Garvey Park, I like our church (Abyssinian Baptist Church) and I like the restaurants like Settepani because the area is very nice.
CODIE I like the playground at Marcus Garvey Park and I like that our church is near us.
STACIE I love our sense of community. You can walk out the door and be greeted by someone you know. Harlem is our village.
MUSA What do you love about dance?
RYLIE I love how dance makes me feel. It makes me physically and mentally stronger because I can get out my emotions through dance. I like that I have to be disciplined, and I like how it trains my body. I love being on stage when everyone can look at me as a soloist. I also like that at the Uptown Dance Academy and Dance Theater of Harlem we learn about Black History and how the dances were created.
CODIE It’s fun…I love dancing with my friends.
STACIE I like that dance has provided a sense of stability and routine in the girls’ lives. It also allows them to focus on perfecting their craft. Through dance they learn what it takes to be passionate and to excel in something they love.
MUSA What do you do when you’re not dancing?
RYLIE I play video games with Codie, I draw and make scrapbooks, do my nails, play Tik Tok…
CODIE I play video games, make bracelets, do my nails, do Zoom playdates, play board games with my Dad, and play violin.
STACIE When I’m not taking the girls to classes at Uptown Dance Academy and Dance Theater of Harlem, I workout and travel….when I can sneak it in.

As Rylie and Codie’s mom, I hope that I can help them understand that nothing in life is free and hard work does pay off. And, if you get a "no" for an answer try again for a "yes."

MUSA What do you want to be when you grow up?
RYLIE I want to be a professional ballerina, like my idol Misty Copeland, a runway model, an actor, a doctor and an influencer.
CODIE I want to be a singer, a model, an actor, a lawyer because they get paid a lot, and a doctor.
MUSA How did the show come about?
RYLIE We’d been telling my mom that we wanted to have a youtube show for a long time, and then when the pandemic happened it ended up being the right time to get serious about it. Plus, when I was born my mom had an idea to do a show called Rylie’s World so it made sense to do one with my younger sister Codie.
CODIE I wanted to do a youtube show because it’s really fun to go around the city or wherever and record what you’re doing.
STACIE The girls wanted to start their channel for at least 2 years before we actually started it. When the pandemic hit, life slowed down. The slower pace allowed me to focus on launching their dream of a youtube channel and web series.
MUSA You both have been training with Ms. Robin- founder of the Uptown Dance Academy in Harlem- since you were two and three years old, and she’s also in the series. How has she influenced your dance careers?
RYLIE I would consider Ms. Robin a part of my family. I don’t think I would be where I am today with all these opportunities if it wasn’t for me going to her studio. I go to Dance Theater of Harlem on a full Van Lier scholarship, and I had a scholarship at the American Ballet Theater through Misty Copeland’s Bridge Program for two years until the program ended. I’m just really grateful that I found her with my Grandma who enrolled me in class after she saw a banner for the Nutcracker.
CODIE Ms. Robin has taught me multiple dance moves that I would have never known how to do.
STACIE The girls have trained over 10 years with Ms. Robin. As a master teacher, she brings an “old school” work ethic to kids enrolled in her Academy. She demands excellence.
MUSA Girls, you dance five to six days a week, do shows, and attend school. And Stacie, you manage the girls and your own business. How do you balance it all?
RYLIE Having things to do makes my life better. I don’t like being bored.
CODIE It’s not easy but I do it…and I love it.
STACIE I focus on 2 things...my business and my daughters. I organize my thoughts nightly so that I can approach the following day with a set plan. My day starts with exercising and meditation. Once that's finished, I conquer the day. Basically, stay organized!
MUSA How has your mom influenced your lives?
RYLIE My mom helps keep me organized and independent.
CODIE I told my mom I wanted to enroll in dance, violin and singing, and she enrolled me. She teaches me that I have to practice to get really good.
STACIE As Rylie and Codie’s mom, I hope that I can help them understand that nothing in life is free and hard work does pay off. And, if you get a ``no`` for an answer try again for a ``yes.`` Not everybody is going to like you nor will you like them...but, try to treat everybody with respect.
MUSA What do you hope to achieve with the show?
RYLIE Hopefully we inspire people to dance. And to have hope in today’s world.
CODIE I hope that kids can learn about dance and explore other places.
STACIE I would like to brand the girls as experts in the field of dance and entrepreneurship. I hope that Rylie and Codie will be able to inspire young girls and boys to set a goal and reach it. And, remember, always have fun!