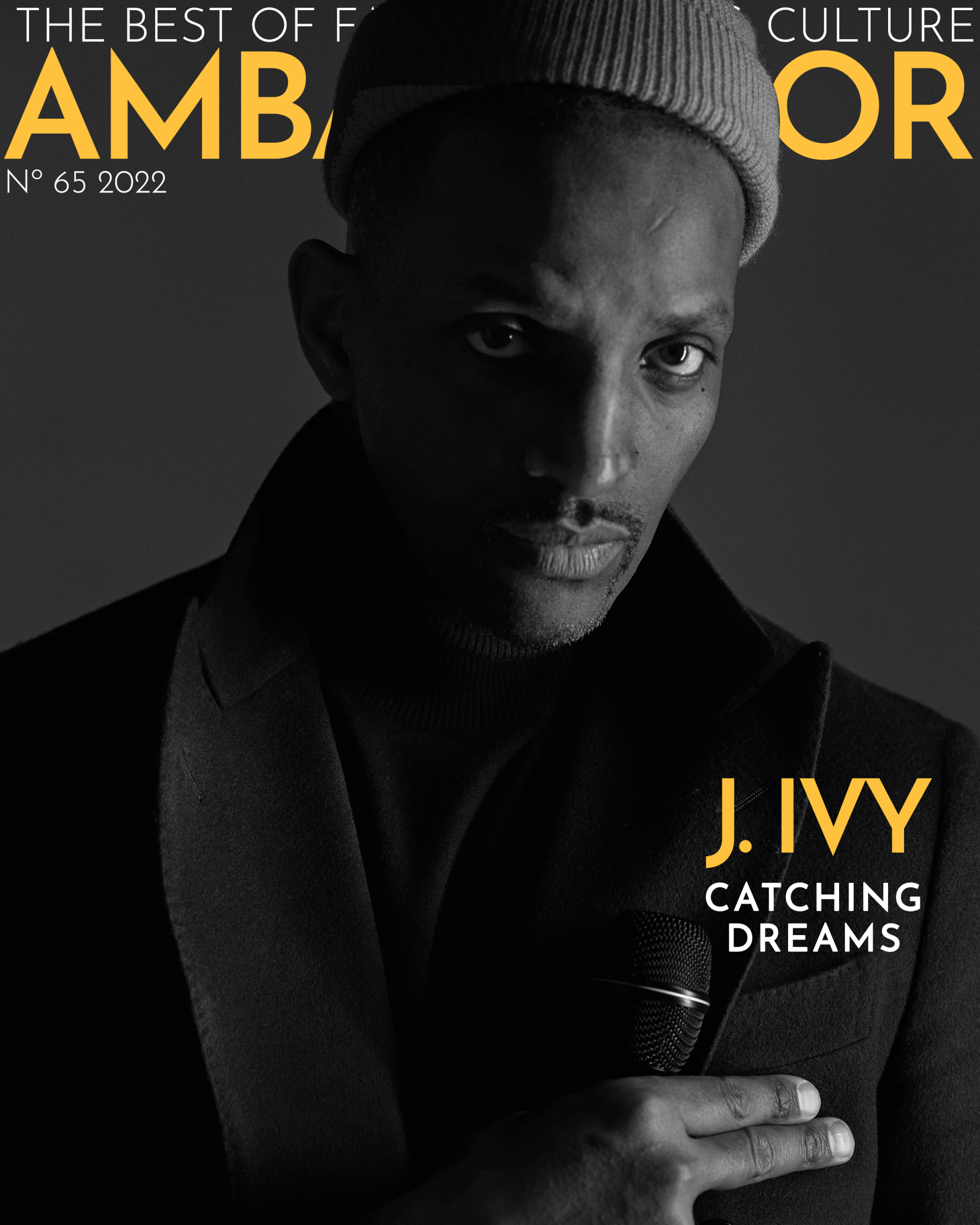 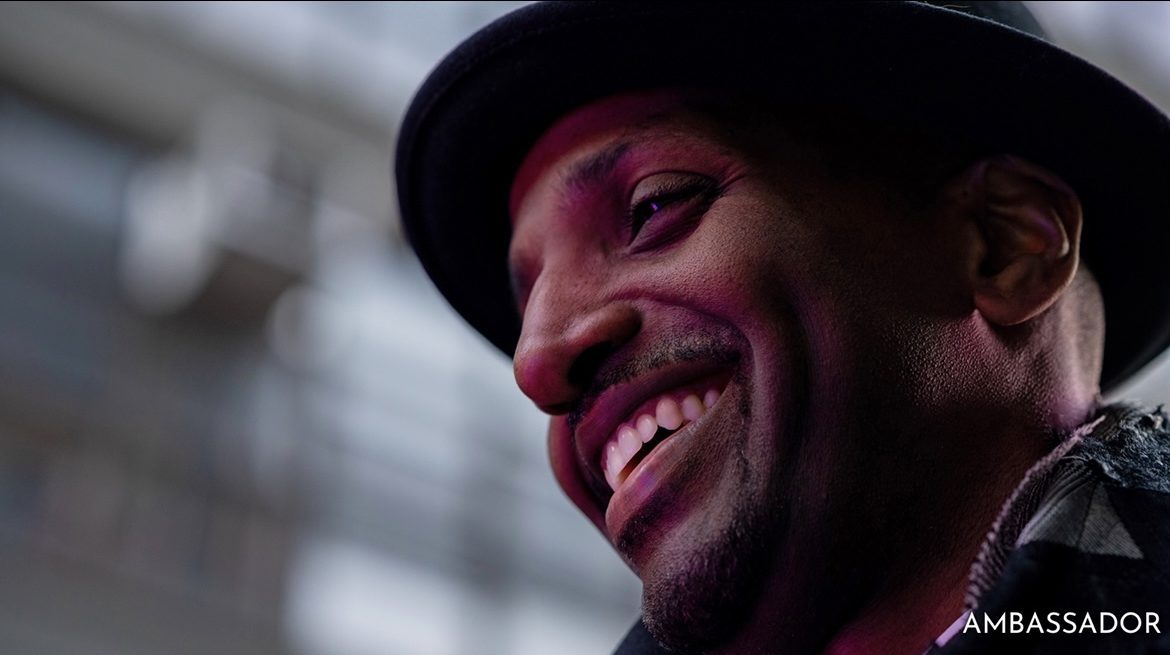 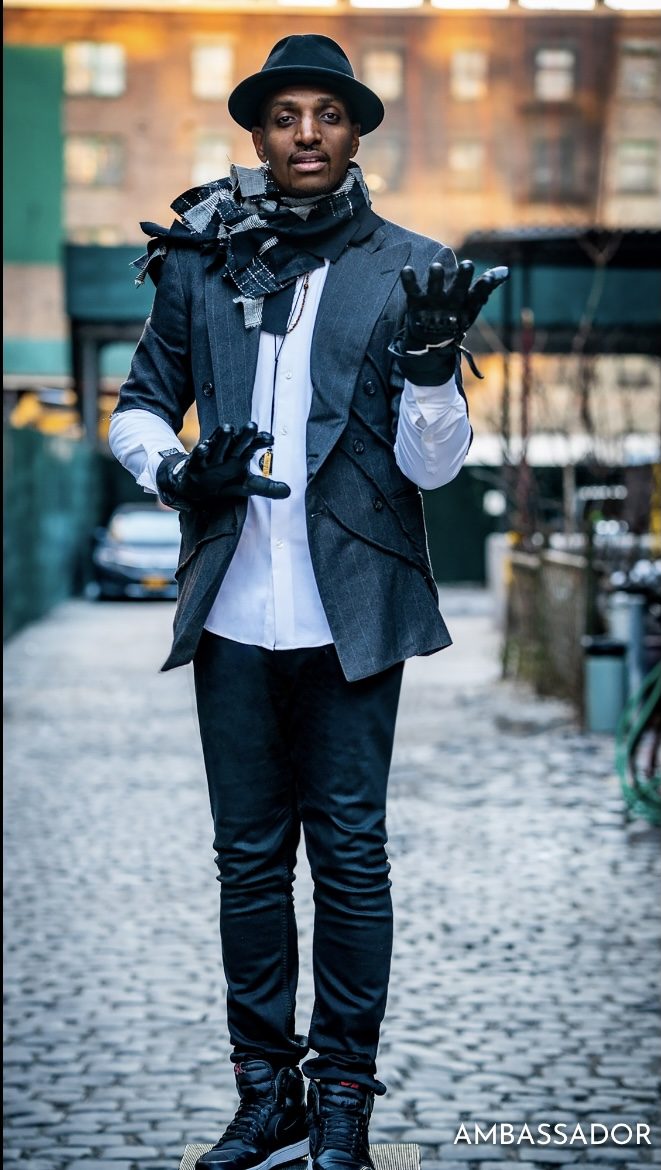 AMBASSADOR DIGITAL MAGAZINE Editor- In-Chief Musa Jackson @iammusajackson has an in depth Q. & A with Grammy nominated award winning poet, spoken word artist, author, actor & songwriter J.IVY @j_ivy.  As we close out Poetry month we salute this handsome humble Chicago native who has already achieved heights, astounding acclaim and been a part of his generations most memorable works. J.Ivy has won the Clio, Peabody, Telly and NAACP Image awards. He was featured with Jay Z on Kanye West Grammy award winning album The College Dropout.

He narrated, acted and starred in B.E.T. documentary Muhammad Ali: The People’s Champ and the NAACP Image award nominated documentary Martin: The legacy of a King both directed by Coodie & Chike. J.Ivy wrote and narrated Beyoncé’s Black Is King. Most recently his 5th album CATCHING DREAMS: Live at Fort Knox Chicago was Grammy nominated for Best Spoken Word album  and he was the lead writer on Netflix Coodie & Chike helmed documentary Jeen- Yuhs: A Kanye Trilogy. He also gave John Stephens his world famous moniker John Legend. J.Ivy life and career is the stuff for which all poetry is made of.

My grandfather used to say, “If you can make it in Chicago you can make it anywhere.” I’ve found that to be very true. It teaches you how to vibe but it also pushes you to be great.

MUSA Tell us what it was like growing up in Chicago?
J. IVY Chicago is a city grounded in faith, hustle and go get it mentality. Hard working town. A lot of joy, and hard times. But Chicago teaches you how to make it anywhere in the world. My grandfather used to say, “If you can make it in Chicago you can make it anywhere.” I’ve found that to be very true. It teaches you how to vibe but it also pushes you to be great.
MUSA How did you get into poetry / spoken word?
J. IVY I had a teacher in Junior High School named Argue. What I learned is you’re not going argue with some one whose name is Argue. She had the students write a poem for homework then the next day she made us read that poem. She gave me an “A” on mine and told me I had a nice speaking voice. From there she had me do a show. The first time ever I got a standing ovation. After that it was, “Argue when’s the next show?” ( laughs)
MUSA Tell us how you got to write and narrate Beyoncé’s Black Is King?
J. IVY A buddy of mine name Sammy Silver hit me up. We were going to do the NBA finals hopefully with Michael Jordan but then when the pandemic hit all of that got pushed back. He hit me up later and said the NBA is coming back. They were going into the bubble. We’re promoting Black Is King and we want you to write and narrate the opening promo with Beyonce. I said, Yeah. ( laughs) That’s actually how it happened. We actually just won a Clio Award for it a couple months ago.

I love the art of storytelling and acting is another form of that. I’ve always wanted to and always dreamt I’d do it. I love becoming someone else.

MUSA What would you tell the next J.Ivy?
J. IVY I would tell the next J.Ivy to be super duper diligent. Focused. And know that wherever it is you want to go you will make it. Just as long as you are concise with your vision and work ethics. Just keep going and dream big very big but to focus. Have laser focus ‘cause there’s a lot you can do in the world. Like Coodie always says, “I’m not going to let my imagination get in the way of Gods manifestation.” So there’s so much that can be manifested. We just have to put one foot in front of the other. And go after it. You have to believe it’s going to happen.