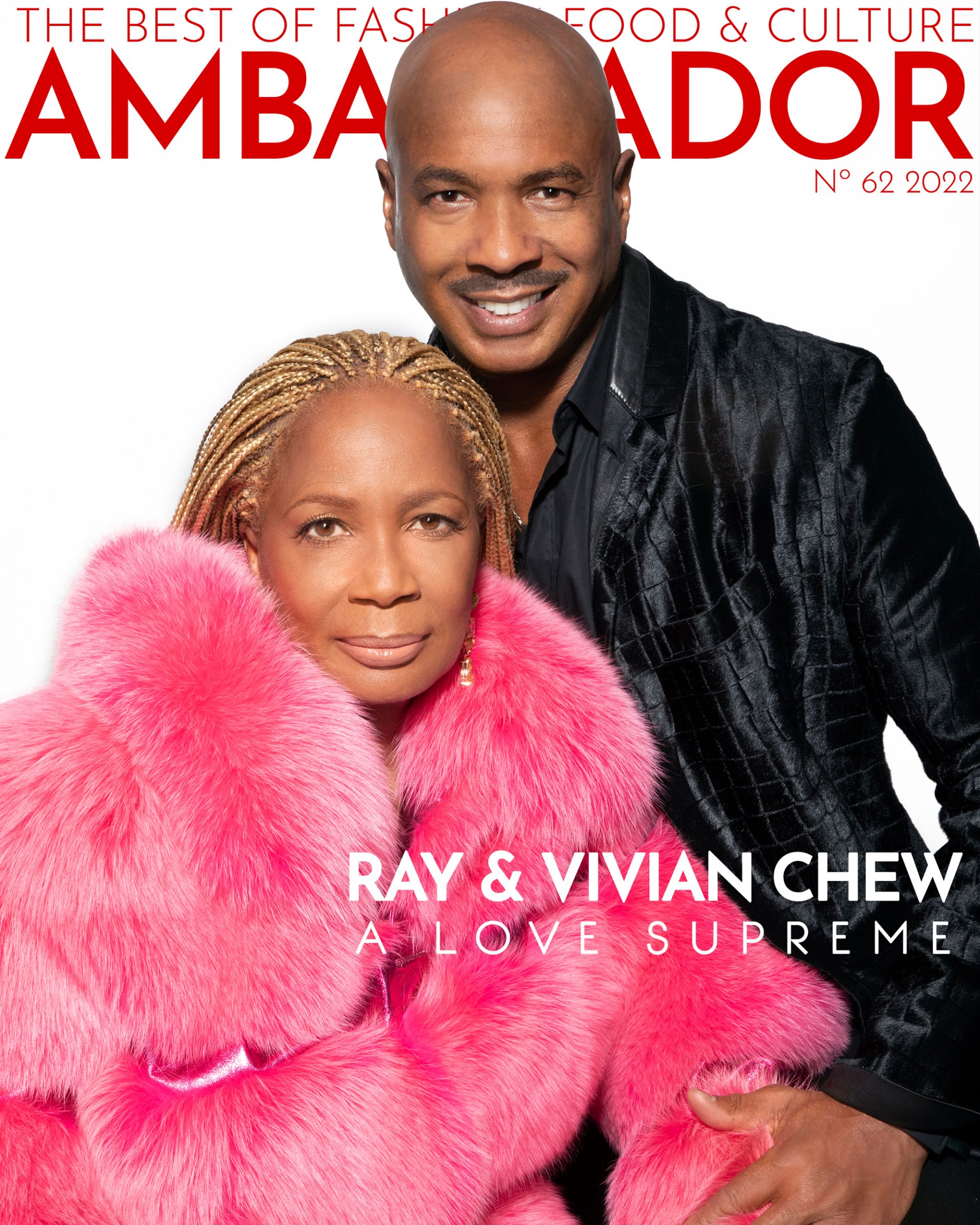 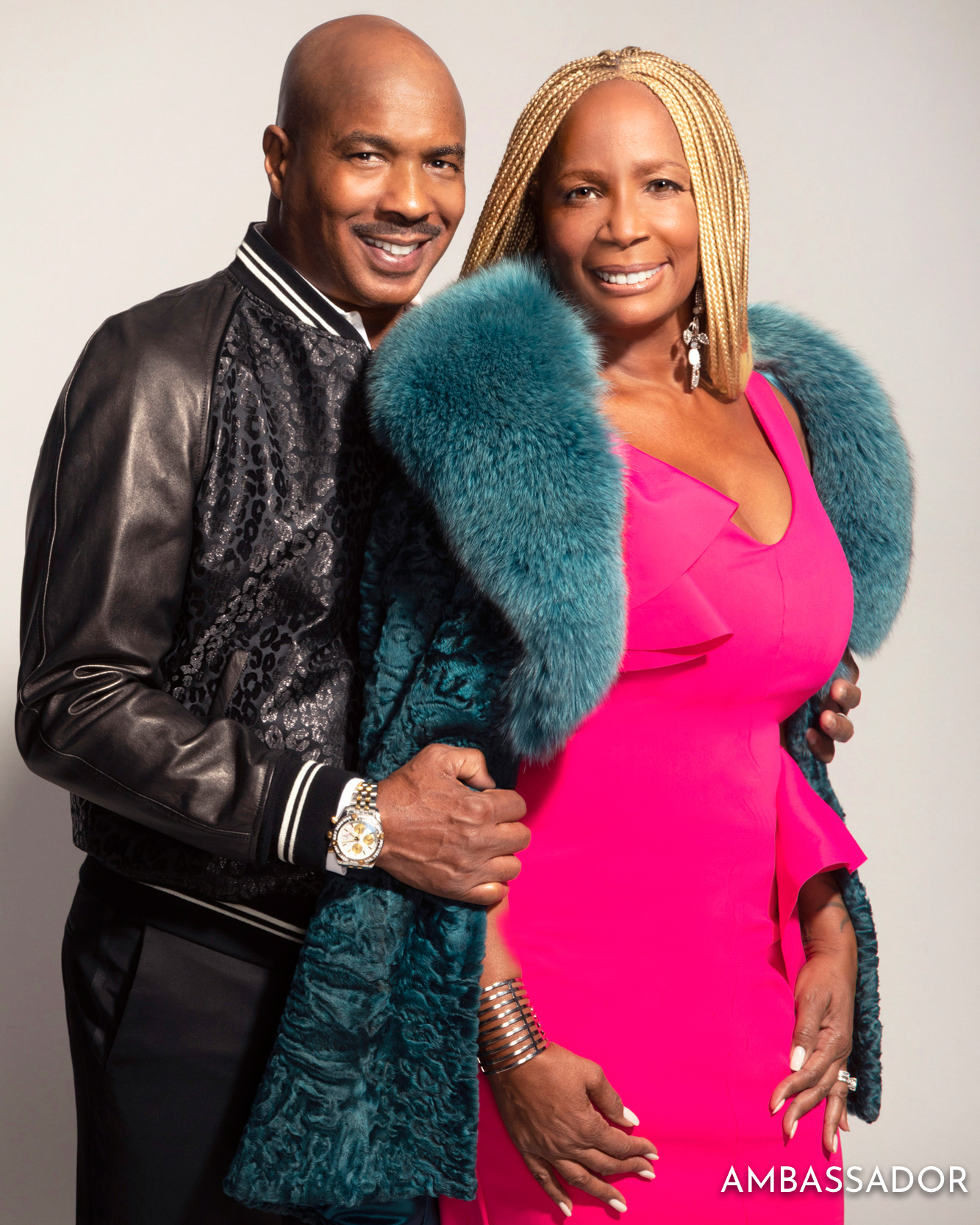 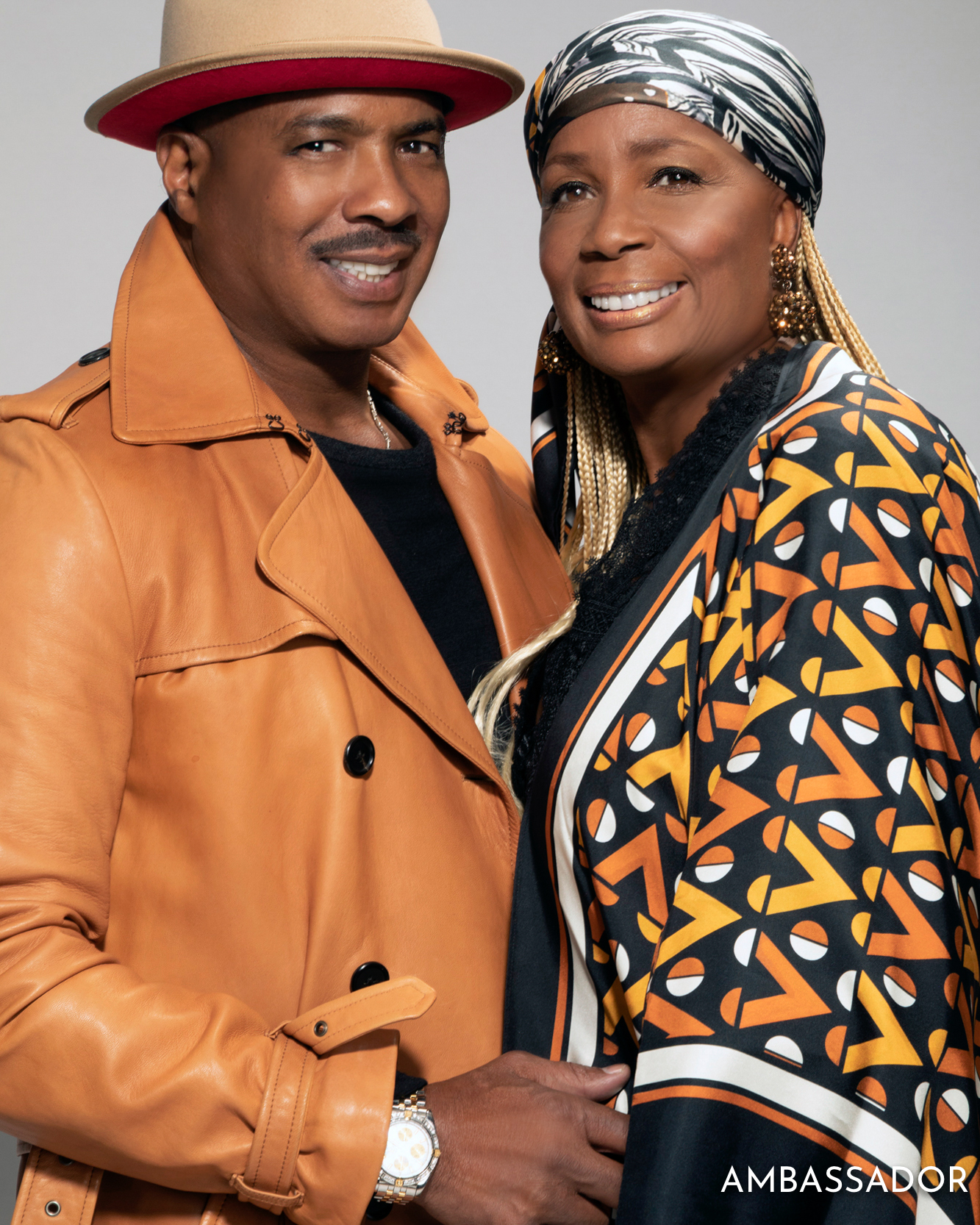 Vivian Scott Chew, is a visionary pioneer in global music and the entertainment industry. Having worked at ASCAP, Polygram, Epic Records and Sony Music. She is founder of Timezone International making her the first US based African American owned company to provide recording artists with international promotion and marketing services around the world. Ray and Vivian Chew are the founders of “A Night of Inspiration” at Carnegie Hall. A successful evening that brings a star studded concert exposing the fabled venue to the most diverse audience they’ve ever had. Their non profit, Power 2 Inspire Foundation nurtures the next generation of young creatives from around the globe via zoom with internship mentoring programs learning from some of the best in the entertainment industry. This power couple is leaving an indelible mark for generations to come.

MUSA Where are you guys from?
VIVIAN New York! But I claim Queens.
RAY I’m from New York also. I claim Harlem and the Bronx.
MUSA How important was music growing up? And who were some of your musical influences?
VIVIAN My first love of music came from the church. Being the choir director who could not sing. It was through being the director that led me to being a behind the scenes kind of person that led me to the career that I have now. But my biggest musical influence outside of gospel music would be George Clinton. I discovered his music as a teenager who I’m very blessed to be working with now.
RAY I grew up listening to many types of music. So the answer would be all music. I grew up playing classical music. Classical music being Euro Russian classical music and American classical music which is jazz. That would be Quincy, Miles, Dizzy. We heard that in our house everyday. And then growing up in the era of protest music hearing Hendrix, Curtis Mayfield and Motown. All of those things influenced my musical palette and taste. My mother and father opened up my musical ears up to the world.
MUSA How did you get your start in music & entertainment industry?
VIVIAN I was a executive assistant to an African American female music industry attorney by the name of Louise West. This was back in the ‘80s and she was one of the few Black women. She took a shot on me with no music industry experience and she molded me into who I am. So that’s how I got started.
RAY I got started when I was in High School. I auditioned for a position to play piano for Melba Moore who was coming off her Tony award winning run, a TV show. So that was a big gig. I was sixteen years old at the LaGuardia High School of Music and Art when I got the gig. I told my mother and she saw the schedule and it was like every day. The producers knew I was young but didn’t know I was still in High School. My mom said you’ve been in music study all your life. I think you’re ready to go. And I went out and that’s how I got started.
MUSA Ray you’ve provided musical offerings, direction across many TV networks FOX Its Showtime at the Apollo, I Can See Your Voice, American Idol, ABC Dancing With The Stars and BET Sunday Best to name a few. What’s your approach to each of these diverse projects?
RAY I never take the approach of what I normally do. There is no what I normally do. There are templates, parts of how you go about doing tasks. How you prepare what your exercises are. How you put a team together. How you contact the artists. How you interact with the TV executives. So a lot of my walk before we even play a note is being Switzerland in the process. I’m working with artists so I got to speak artist language. Speak to them the way they get it. Have their respect so that they really trust me. Then when I go to a board meeting I have to talk production with people to make sure the understanding is clear. If we have to do something and it has to come in at two minutes and fifty seconds and not two minutes and fifty three seconds. Very specific detail and approach to that. That’s a part of the preparation. If it’s a live event we have to do all of that and pull the trigger and let it go. That’s one of the amazing things as to why I love what I do on live TV. That’s the fun part.
MUSA Vivian as a pioneer and innovative figure in global music and entertainment marketing and promotion. What unique perspective do you offer your clients that differs from your counterparts?
VIVIAN I’m one of the few people that does what I do. Involving international marketing and promotion for artists. I started my company Timezone International in the late ‘90s. A lot of the work that I do was to educate people that Black music sold outside the country. That wasn’t that long ago. We have definitely proven not only Black music but Black culture. Everyone wants to be us around the world. I was working with artists who had very small viewpoints of how far their music could reach. They were thinking if I can just break in NY, LA and Atlanta I got it. I then opened their eyes to that there is London, Berlin Paris, Johannesburg and Tokyo. This is very cliche but it’s true. Think globally but work locally. So I was giving people very eagle eye view of what their career could be and then would zero in on what we needed to do from a very detailed standpoint.

The Carnegie Hall relationship started when they brought me in to produce a number events from them with Jessye Norman for her “Honor: A Celebration of the African American Cultural Legacy”. I produced the opening night at Carnegie Hall and closing night at the Apollo.

MUSA Ray you’ve helmed some award winning musical events with some of the worlds most popular artists such as Rihanna, Lenny Kravitz, Justin Beiber, Pharrell Williams, Jennifer Hudson, Quincy Jones, Shirley Cesar and the late Aretha Franklin. Which crosses genres and decades. What are some of the differences and similarities between the veterans and this new guard?
RAY The similarities is that they are artists. As a consumer of Art you know that the artist is appreciated as it’s displayed who it’s displayed to. People can disagree when they see a painting on the wall. A Picasso for instance some people may not get it. That looks like he’s got a funny eye and what is that. Other people are like Whoa, are you kidding me! They can see the depth in it. The similarities are that in any genre and any decade there are people with the depth of their art that it may take others to consider or realize. So my approach is I appreciate all of it. What I like to see from an artist is their commitment to the art and the craft. All those you’ve mentioned I cited those in particular because they stand out to me of their commitment to the art and craft and how they display that. It’s a joy and pleasure to working with those people you listed.

MUSA You are both leaders, pioneers, trailblazers. What advice would you give to this new generation of leaders in the music industry?
RAY We are stewards of this industry. It belongs to us at the moment and then it belongs to others. As a steward you have the responsibility to make sure that this wonderful craft and industry itself has the kind of integrity that we would always wish and hope for. I instill that in young people. Go for it. But make sure you go for it with some real integrity and intent.
VIVIAN I had a very stern father. I would come home very excited with a 90 on a test. He would say that’s cool. Did anyone get 100? I would say yes. He said, “You figure out what they did to get that 100.” I have taken that mentality that 99 just isn’t enough. I learn from Ray the art of being intentional. That is definitely something we talk about a lot and how precious time is and how it’s something you can never ever regain. To use your time, be intentional and be at that 100 percent.
TALENT: RAY CHEW @raychewlive
VIVIAN SCOTT CHEW @vivianscottchew
Photographer @marcbaptistephoto
Creative direction: @iammusajackson
Hair: @jgnycsalon
Makeup: @facepicasso
Stylist: @mykel_c_smith_creative_
Assistant: @lord_of_labels
Cover look:
Vivian: Jacket – White Fox Dyed Pink @usa_raw_skin
Earrings- @EricksonBeamon @showroomseven
Ray: Coat – @Roberto_Cavalli
Shirt – @Boss
Pants: @ClarkSabbat RAY & VIVIAN CHEW:
A LOVE SUPREME