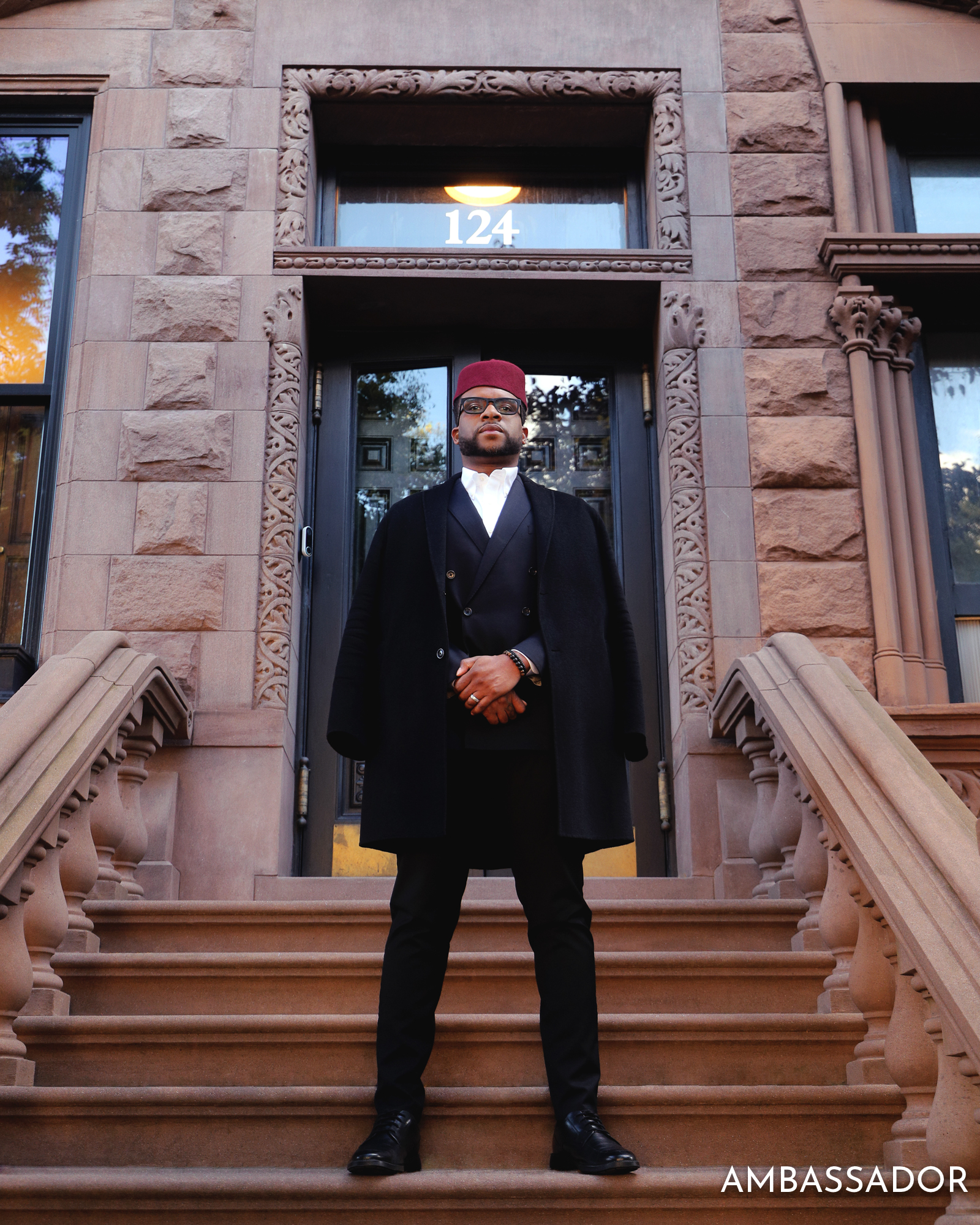 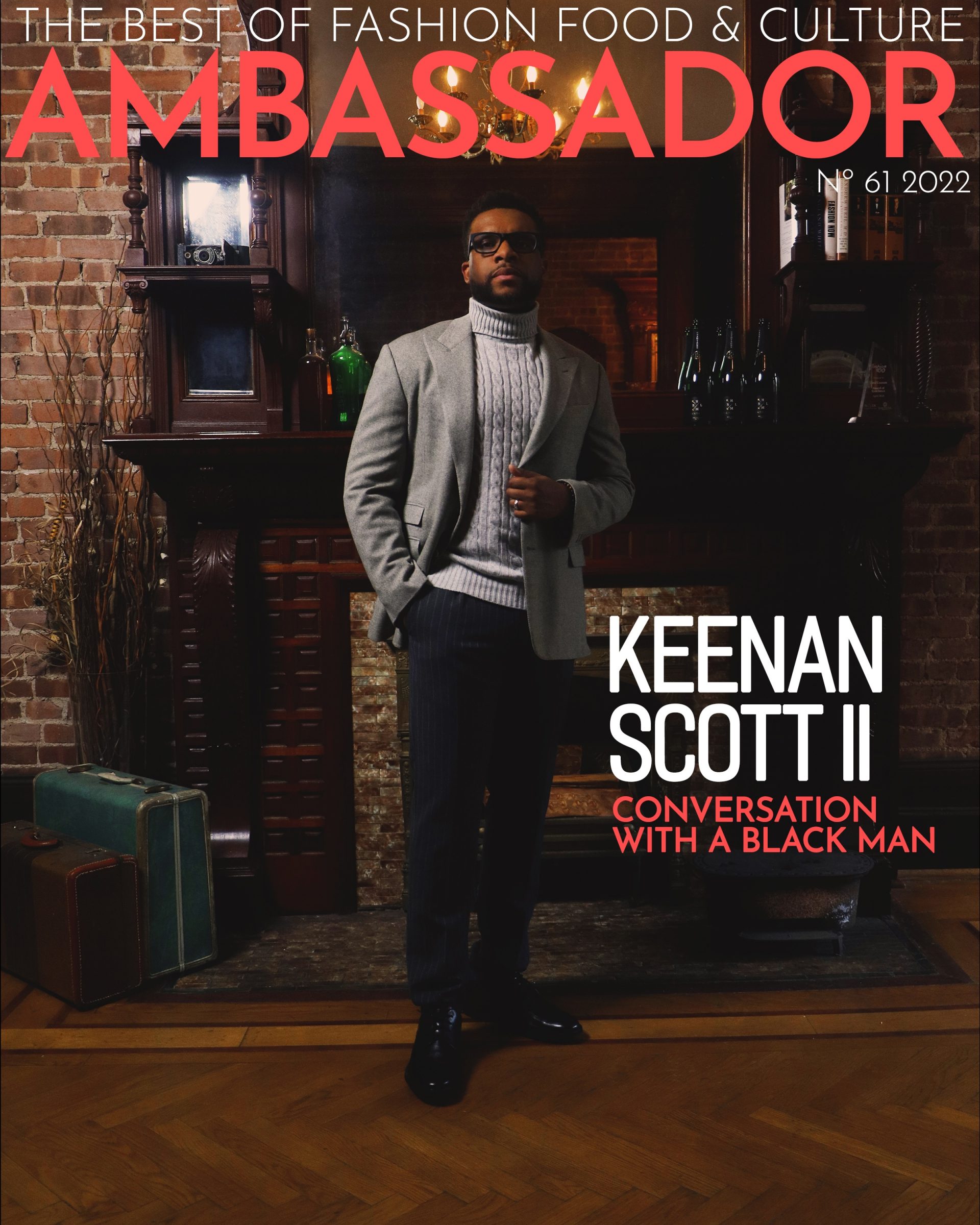 Editor- In-Chief Musa Jackson @iammusajackson has an in depth Q. & A with spoken wordsmith, actor, director, playwright KEENAN SCOTT II. This Queens born, groundbreaking playwright created the one of the most talked about plays of season Thoughts Of A Colored Man. A historic theater production featuring the first ever all Black Male cast written and directed by Black people.

Even with it’s too soon closing the impact of this Black production breaking the proverbial glass ceiling will change and reset the great white way forever.

...a lot of my Black playwright peers now didn’t exist in the form they do now. So there wasn’t contemporary work that was speaking to me. I felt excluded from the art form I was studying.

MUSA You come from Queens, NY. Did you always know you wanted to be a creative?
KEENAN Yes, I did. I’m a born artist. My first love in life was drawing and painting. I’ve been doing that since I could remember. It was apart of who I was. I knew that I had to do something in the arts.
MUSA Where did the idea of your play “Thoughts Of A Colored Man” come from?
KEENAN While I was in undergrad acting and reading the great American dramas I wasn’t reading pieces that spoke to me. There wasn’t any contemporary pieces that spoke to who I was, where I was from, my community. Or even characters that looked me. I was exposed to Ntosake Shange, Lorraine Hansberry, August Wilson, the greats. But outside of them, fifteen, sixteen years ago, a lot of my Black playwright peers now didn’t exist in the form they do now. So there wasn’t contemporary work that was speaking to me. I felt excluded from the art form I was studying. So for myself and my peers that were Black and from the inner cities I wanted to create a piece for us. Where as if we were on stage we didn’t have to change who we were. We could feel seen in who we were in a contemporary sense. That was the early ordinance of me writing Thoughts Of A Colored Man fifteen years ago.
MUSA You workshopped Thoughts Of A Colored Man for fifteen years. What was that process like?
KEENAN It was like a beautiful struggle looking back. I’ve seen what every step of the journey needed to be and how it got me to this point. Going through it was really rough at times but it was really beautiful. I tell everybody that I grew up with these characters. I was 19 years old when I first started writing it. I’m going on 35 married with a child. I’m a completely different person then when I started writing it. Through these workshops and readings I grew up with these characters. At the same time I’ve worked with some beautifully talented actors over the years. I would say through the independent shows I’ve done and commercially I’ve easily worked with 50 men. I feel in part, I’m an actor first so I trust the instincts and sensibilities of actors and a little bit of their DNA bled into the play. And the script wouldn’t be possible and be able to cover the complexities of Black men in an authentic way if I didn’t work with all the talented actors I have over the years. Which ultimately helped me mold this piece and see who these characters needed to be on the stage.
MUSA This season Thoughts Of A Colored Man opened on Broadway with an all Black male cast. What is like for you as a Black male creative with Black producers?
KEENAN It feels great. We all know that there’s hurdles, struggles and barriers in the industry. But coming to Broadway in this fashion the way we did with an all Black male cast, Black writer and director and a Black lead producer is beautiful. It shows me that spaces like are able to be created if you’re working with the right people. That’s not to say that any project I ever work on I only want Black men. This particular piece needed that type of space created for the vulnerabilities and the sensibilities for these Black men to be showcased on stage. So it was blessing to be able to curate the room that we did. As well with others, with women and people with different sexualities to really have a diverse and inclusive room so everybody’s voice and energy could be felt and heard. So everybody could come into a room and be themselves and be safe to be themselves. And not feel that this was just a work environment where we were coming to collect checks. We were coming to lend our spirits to this project. So this play could be for the greater good. Not just be entertaining but could be therapeutic and healing for people as well. That’s always my mission with my work to be able to build empathy in the work. So to come to Broadway in this historic season this way is truly a blessing. To see this piece get to Broadway when I was told that it wasn’t commercial to have seven Black men on stage. To see it have the diverse audiences; young, old, white, Black everything in between. To see what I thought was a small idea fifteen years ago become this play. When initially all I wanted to do was just write so I could feel seen is really beautiful. God is good, cause I couldn’t of made it here by myself.

This particular piece needed that type of space created for the vulnerabilities and the sensibilities for these Black men to be showcased on stage. So it was blessing to be able to curate the room that we did.

MUSA In the play you explore so many themes that Black men face. What’s your hopes for this monumental work?
KEENAN Anyone that knows the inner workings of Broadway knows how hard it is to not only get to Broadway as an entertainer but to get to Broadway as a creator. It is very difficult and I’m so humbled that this play has made it to Broadway. But my initial goal was to create a piece that Black men do. That I could add a play to American theater history. That young Black men around the world could partake in. Whether monologues for themselves or auditions.

MUSA What’s next for Keenan Scott II?
KEENAN To the world they have just discovered me. An overnight success takes 10 or 15 years. I’m a testament to that. For the fifteen years that I’ve been creating, the years that I was overlooked, people not paying attention to what I was doing I was creating. I was stock piling my work. I pride myself on my work ethics. So although this was an introduction to the world commercially for me. This was the first big domino to fall. For me the goal was always to act, write, direct and produce for stage, TV and film. I currently have things in development, things coming soon. I’m already developing things for TV, I’m pitching in the feature film space. I have plans to step back into acting. I’m a storyteller in multiple mediums. I have a lot more projects to get into the world coming very soon.
Talent: KEENAN SCOTT II @keenanthemuse
Photographer: @courtneydouglasphotography
Editor & Production: @iammusajackson
Grooming: @doneupbeauty
Additional wardrobe courtesy: @harlemgatsby
Assistant/ BTS / video @courtneydouglasphotography
Special thanks
Location1: The home of @beatricesibblies
Location2: The home of @Harlemgatsby