On tv he’s appeared on Living Singles, Friends, Moesha, CSI: Miami, Blue Bloods and most notably as Darnell on the hit series Girlfriends opposite Tracee Ellis Ross. He’s been on stage in August Wilson’s play Gem Of The Ocean directed by Tony Award winner Phylicia Rashad and wrote, raps, stars and directs the upcoming play Lamb To Slaughter. This lifelong New York actor breaks down his life and career in Black and white. 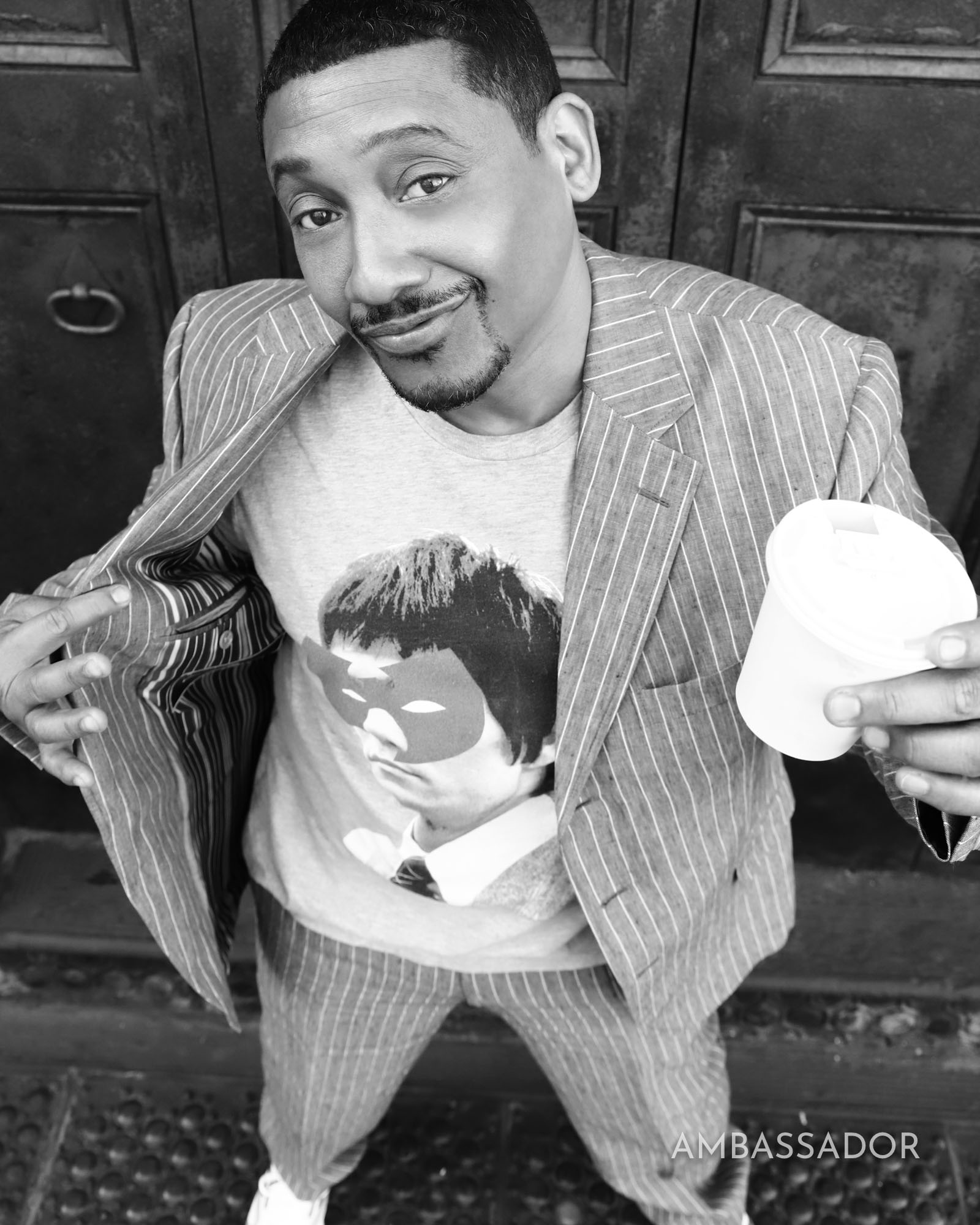 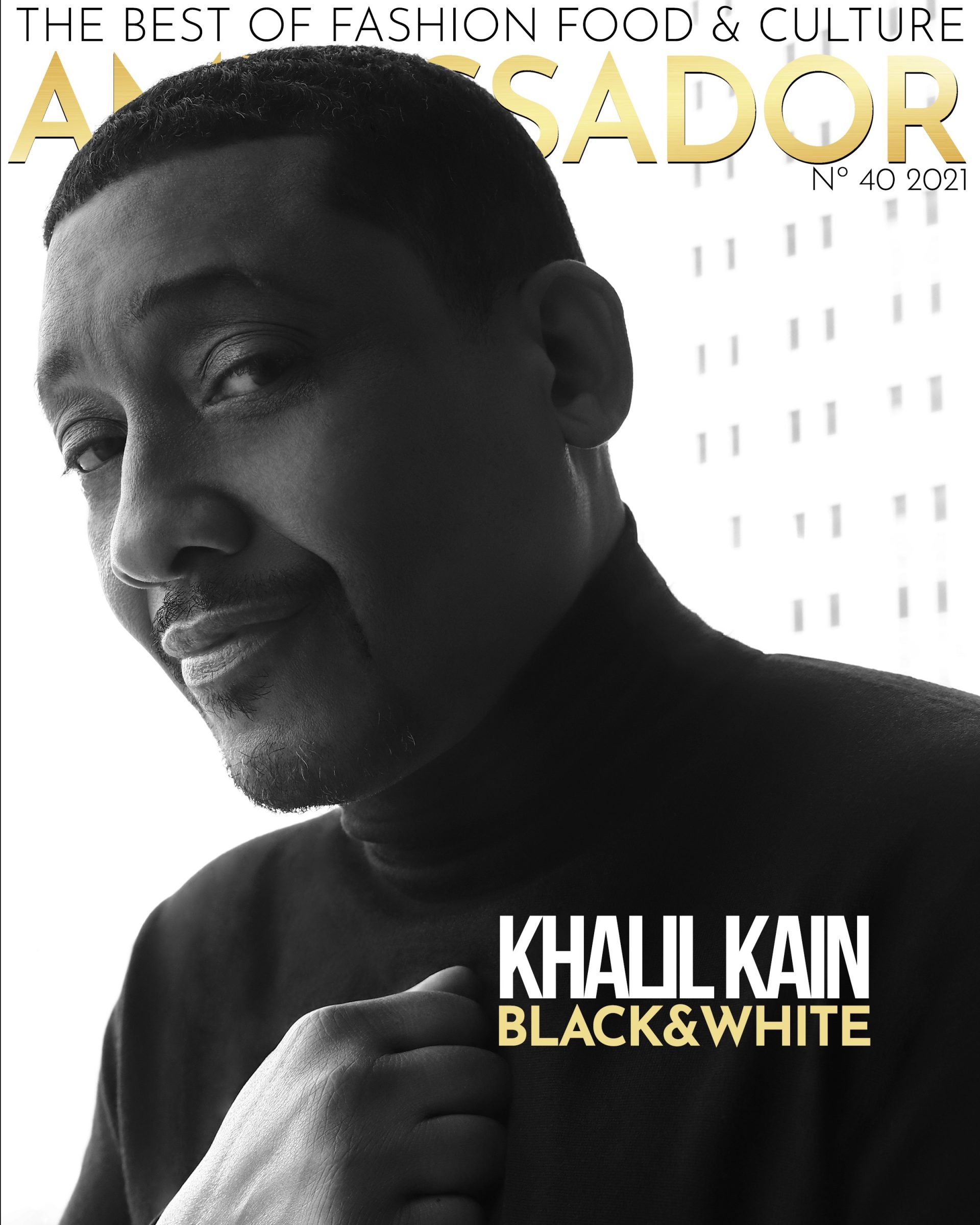 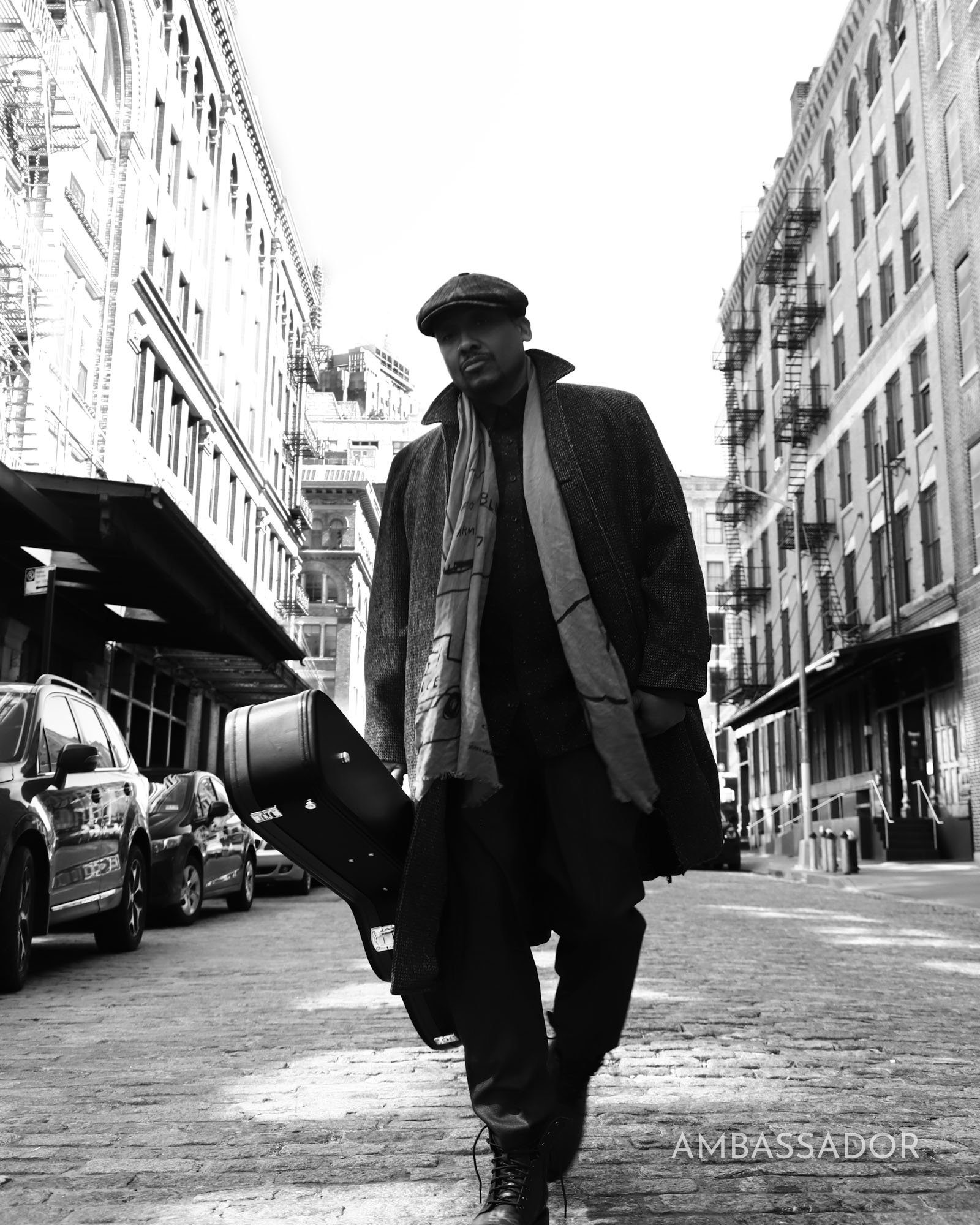 MUSA Where did you grow up?
KHALIL I grew up in the East Village, Lower Eastside until like fifteen. Then I moved to Sacramento, California for two years to graduate High School then I came back and moved to Tribeca.
MUSA What was Tribeca like back then?
KHALIL My biological father had an apartment there. But there really wasn’t anything down there set up for affordable housing. Because nobody wanted to live over there. So Independence Plaza was some of the first buildings they put up. They were nice. They were near the River. Great views. When the building first opened up the door man was more like security. Now it’s a door man. Then my father got locked up. My name was on the lease. So if I paid the back rent I could take it over. That’s what I did and I’ve had it ever since.
MUSA Tell us about Gylan Kain, one of the founding members of The Last Poets. Arguably the first rap spoken word group.
KHALIL Gylan Kain is not my biological father, but he’s the only father I knew growing up until the time I was twelve years old. I didn’t meet my biological father until then. I have Gylan Kain last name. He met my mom when I was about 4. He was my point of reference. He was my father. He was a poet, philosopher, mathematician, activist, revolutionary. My vocabulary was developed during that time. They had an art space called the East Wind on 125th Street. Everybody was in there, National Black Theater, Amiri Baraka, Ntozake Shange, Black Panthers, Young Lords. I was nurtured in that as a child.
MUSA So was that your first taste of the arts mixed with political activism?
KHALIL Yes. I was five years old. You can go on YouTube and this album from The Last Poets called Right On. I was there listening to them record those poems live. It’s so funny I listen to them now and to think that’s where my vocabulary and thought process comes from.
MUSA How did you get into acting?
KHALIL I wasn’t sure what I was going to do. But I was confident I was going to do something. I was always finding myself in the mix of something exciting one way or another. So there was no doubt I would step into a room that was poppin’. You know what I mean? I wasn’t even sure what it was. I was constantly growing, shifting and changing. It seemed to make sense to pick something. I didn’t know what was going to happen next week. I could be dead next week. That was my attitude at 23. I wasn’t going to do Cornell,
MUSA Then something great happened doing the iconic movie. “Juice”.
KHALIL I didn’t know that as it was a great thing as it was happening. I can look back thirty years. And say, “Yeah that was kinda dope, yeah that was substantial.” You can listen to people on the street, “Yo Khalil, man you a legend!” All that good shit. I’ve never been one to rest on my laurels or pat myself on the back. I know I didn’t plan it.
MUSA How did you land the role of Raheim in Juice?
KHALIL Because there are beautiful Black people that saw more in me than I saw in myself.
MUSA What was it like on the set?
KHALIL It was amazing. Director Ernest Dickerson made an environment of safety. Creativity for young Black men who didn’t really know what they were doing but knew exactly what they were doing. I mean you can uptown in Harlem any day of the week and see that. Not only was it a safe creative space for us to be free but we were allowed to fall and get back up. Ernest Dickerson is a wonderful human being.
MUSA As a working actor going from film to film. How were you able to improve your craft?
KHALIL One of the things I love is that as an actor is if you’re available to it. You’re stepping into shoes of another human being. It’s another way to look at the world. I’m no longer looking at the world through Khalil’s eyes. I’m looking at the world through the characters eyes. Through Raheim’s eyes. Through Darnell’s eyes. That’s a different world. Sometimes I would leave the job and come home and things would not be the same anymore. I went to Seattle to do this August Wilson play for 3 months. Phylicia Rashad is directing it. That play changed my life. The way I saw the world, my DNA had now changed. Now you come back home and you got people who know and love you. Now they gotta deal with that shit. It can be a lot. But if you’re available to it the work can be profound. Phylicia Rashad told me, “August Wilson wrote this for you. You’re supposed to get something out of it. There’s a gift for you in this play you just have to unwrap it.” So I did.
MUSA You were a series regular on Girlfriends. What was that like being surrounded by Tracee Ellis Ross and all the other beautiful women?

Probably my favorite job. Mara Brock- Akil who created the show. I still struggle with my love hate relationship with Hollywood.

The Beauty and Power of Tai Beauchamp